America’s food culture is one of the most vibrant and varied in the world, and from sea to shining sea, there are places to find good things to eat. Cajun cuisine in New Orleans, fusion joints in San Francisco, and seafood restaurants along the east coast – there’s no denying food culture is a centerpiece of American life. And one of the richest food cultures in the country is that of BBQ (or barbeque or bar-b-que or barbecue).

BBQ places litter America, and oftentimes the hardest thing is trying to choose which one to go to. Below we’ve assembled a list of the best BBQ locations across the country so you can decide for yourself what state has the best BBQ.

No one will be surprised to learn that Tennessee tops every list of best BBQ states. From Memphis to Nashville, Tennessee is packed with award-winning BBQ restaurants. Tennessee BBQ joints slow-roast their meats for hours over wood fires, often using pecan wood, which produces amazing flavor. 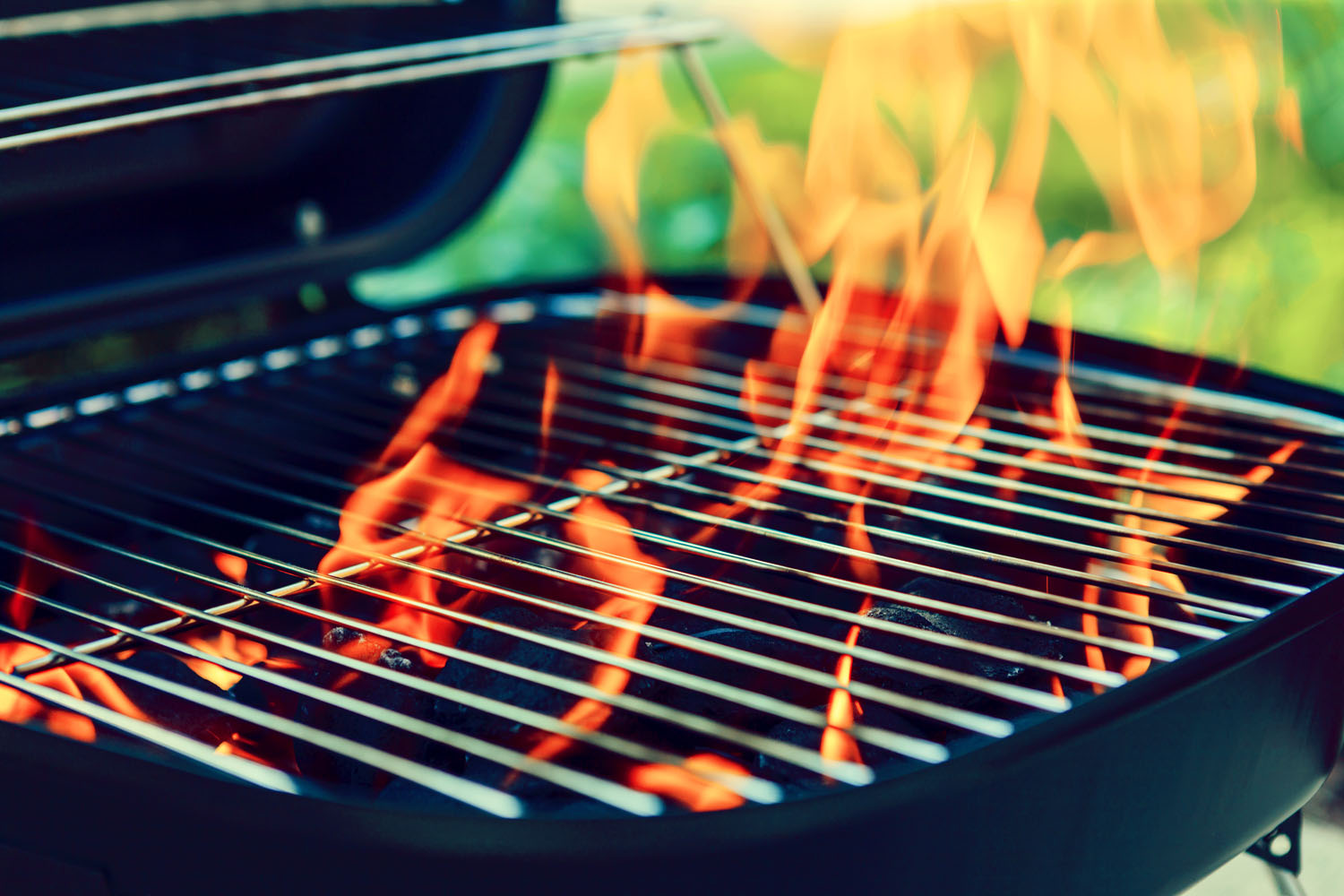 Martin’s Bar-B-Que Joint has become a household name in Tennessee, with eight locations across three states. Scott’s-Parker Barbeque kicked off in the 1960s when the owner traded two school buses for the restaurant, and today they are one of the few restaurants in Tennessee that still cooks the whole hog. And in Memphis, Charlie Vergos’ Rendezvous has attracted two U.S. presidents, a prince of Monaco, and the Rolling Stones.

Texas, of course, slides in right behind Tennessee with its reputation for excellent BBQ. In truth, which one takes the top slot may depend on your preferences in BBQ flavor. Whereas Tennessee leans towards a sweet sauce, Texas excels at savory, smoky BBQ that will – no pun intended – stick to your ribs.

Louie Mueller Barbecue in Taylor has built a reputation as one of the best places on earth to get brisket. 80-year-old Tootsie Tomanetz, one of Texas’s best pitmasters, runs Snow’s BBQ out of Lexington. And at Sonny Bryan’s in Dallas, you can see high-rolling businessmen and blue-collar workers alike perched on car bumpers at lunchtime enjoying some of the best BBQ in the state.

Continuing the tour around the South, North Carolina offers some of the best BBQ restaurants in the country. Pitmasters there still cook the hogs whole – some of them weighing upwards of 150 lbs. The end result is worth it – smoky, crispy meat smothered in a spicy, vinegar sauce.

Skylight Inn in Ayden has been in operation since the 1940s, and they have earned their (self-given) title as BBQ capital of the world. Allen and Son Barbeque in Chapel Hill has amazing BBQ drenched in a vinegar-based sauce and served alongside coleslaw. Lexington Barbecue makes their own coals and then spends 10 hours slow-roasting pork shoulders over them.

You may be surprised to see Missouri on this list, but the Show-Me State shows up with a great list of BBQ restaurants. A steamboat cook named Henry Perry brought the culinary style to Missouri in the early 1900s, and since then, the state has run with it. Today, Missouri offers some of the best tomato sauce BBQ with amazing sides to go along.

Arthur Bryant’s is arguably the original Missouri BBQ joint, tracing its roots back to Henry Perry’s original restaurant. Gates Bar-B-Que has been around nearly as long and offers some of the best brisket, ribs, and beans in the state. And you can’t miss LC’s Bar-B-Que in Kansas City for some of the best burnt ends you’ll ever eat.

Georgia joins our lineup with a range of amazing BBQ restaurants. You won’t be surprised to learn that the Peach State favors the sweeter style of BBQ. Georgia restaurants have won numerous awards and national recognition for their offerings.

Fresh Air Barbecue in Jackson and Macon proves that Georgia has a BBQ style all its own, with chopped pork in a spicy red sauce. Southern Soul Barbeque on Saint Simmons Island started as an old gas station and now offers a laid-back coastal atmosphere and some of the state’s best BBQ. B’s Cracklin’ Barbeque has only been around since 2014, but in the last five years, they’ve earned numerous accolades for their ribs, brisket, and cornbread.

Mississippi is the home of soul food, and good BBQ is no exception. The state tends towards sweeter BBQ, and from hole-in-the-wall restaurants in tiny towns to nationally-renowned restaurants, Mississippi has perfected their BBQ. It’s a huge part of the state’s food scene, which is one of the best in the country.

At the top of the list of best BBQ in Mississippi is The Shed, a restaurant in Ocean Springs that has gained a devoted band of followers known as ShedHeads. The Pig and Pint in Fondren has won so many awards that it only has room to display half of them at the restaurant. And Bishop’s BBQ Grill in Saltillo has gained so much popularity that it’s expanded to four locations across northern Mississippi.

Of course, being surrounded by Georgia, North Carolina, and Tennessee, you’d expect South Carolina to have stellar BBQ, too. And the state lives up to expectations, producing some of the best BBQ joints in the country. Depending on which region you’re in, you can find a variety of sauce styles, including vinegar-based, light tomato-based, and heavy tomato-based.

Lewis Barbecue in Charleston has only been around since 2016, but its origins with Texas brisket master John Lewis has helped it earn its laurels in just three years. Rodney Scott’s Whole Hog Barbecue lives up to its name, roasting whole hogs over oak coals for 12 hours and finishing them with a vinegar sauce. And Hite’s Bar-B-Que in West Columbia specializes in chopped pork and ribs served only on Fridays and Saturdays.

Discover for Yourself What State Has the Best BBQ

BBQ is one of the best food cultures in America, hands down. The South, in particular, excels at good BBQ, and whether you prefer sweet or savory, vinegar or tomato, wet or dry rub, you can find a great BBQ place for you. You’ll have to decide for yourself what state has the best BBQ; it all depends on what you like.

If you’d like to get some great ideas for your next BBQ, check out the rest of our site at Steel Campfire. We have BBQ party ideas, grilling tips, and the best grills for the job. Check out our list of savory pork recipes today. 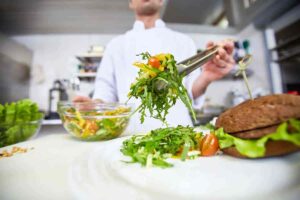 Gordon Ramsey is one of the most well-known chefs in the world, both for his cooking and his antics on tv. He’s outspoken, to say... 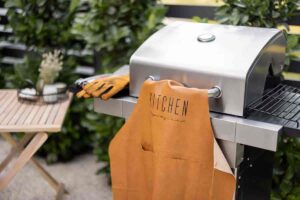 For anyone that loves to cook, a grill is a necessary item to have at home. This device permits the creation of delicious food items,... 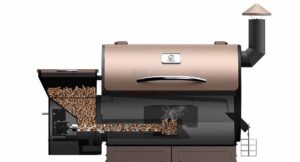 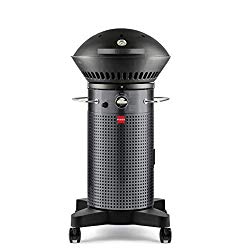